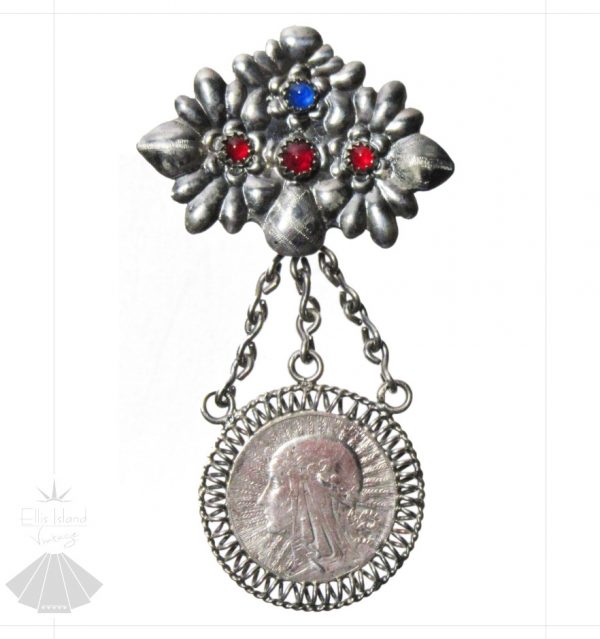 Origin: Ukraine
Era: mid-20th century (post 1950)
Condition: very good; suitable for both wear and display
Measurements: 3.75″ long
Additional Notes: One of the most important elements of Ukrainian folk jewelry were pendants made of coins called dukach / dukaty. They were worn throughout the country and varied by region, but appeared with the most frequency in central Ukraine. This example is made from a Polish silver 5 zloty coin from 1932 (eastern Ukraine was part of Poland until WWII) and is likely a mid-20th century reproduction of earlier styles. Very well made and in keeping with all the historic traditions. The coin hangs from a diamond shape plaquette that has four small “gems” that appear to be glass. Exact age and place of production is unknown. The hook on the back would be used to hang the pendant from a ribbon around the neck – not directly on a necklace. The reference photos above show several examples of similar dukaty as well as how one looks when worn together with full jewelry.