On the Trail of the White Costumes of Bela Krajina 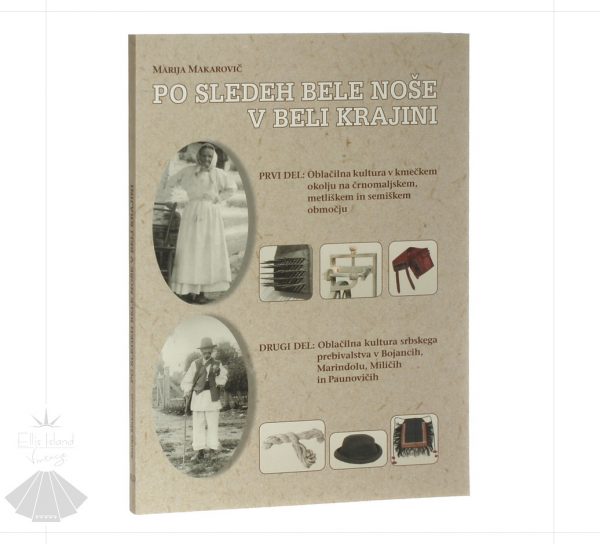 Book Title: Po Sledeh Bele Nose v Beli Krajini
Translation: On the Trail of the White Costumes of Bela Krajina
Author: Marija Makarovic
Language(s): Slovenian
Published: Ljubljana, Slovenia – 2009
Format & Size: Softcover – 8.25″ x 11.75″
Pages: 240 pages
Book Condition: Like New Condition
Description: Scarce book about the traditional folk costumes of the Bela Krajina region of southern Slovenia, known as White Carniola in English. The title refers to the white homespun linen costumes that were worn in this region through the early 20th century. The region is on the border with Croatia and shares many elements of traditional culture, including similar folk costumes, with this southern neighbor. The book looks at the traditional clothing of the rural Slovenian communities in the region as well as the folk costumes of the Serbian minority population in Bojanci, Marindol, Milici and Paunovici. Detailed study with beautiful illustrations and photos. In addition to the black/white photos visible in the images below, there are also 16 pages of color photos and illustrations at the back of the book.