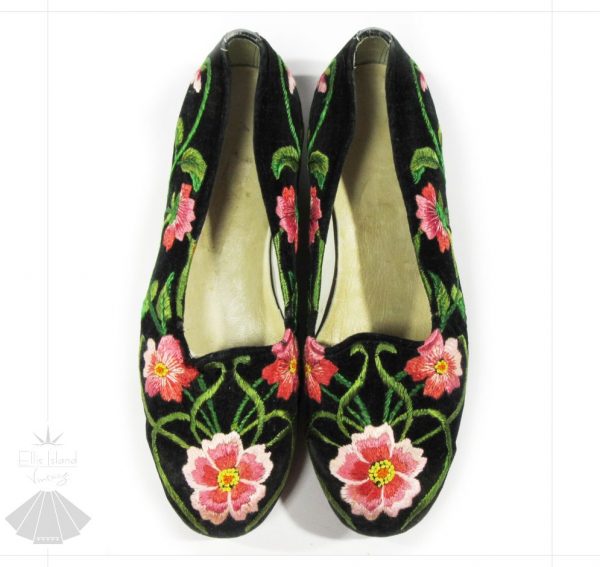 Origin: Greece
Era: Mid-20th century (post 1950)
Condition: very good; suitable for both wear and display
Measurements: European size 42 (roughly equivalent to a US men’s size 8.5-9)
Additional Notes: A beautiful pair of highly decorative shoes acquired from a woman whose parents had immigrated to America from Greece in the early 20th century. The specific region of origin is unknown, but we were told that they were worn together with these socks. Embroidered velvet shoes similar to these were not uncommon for both women and menswear during Victorian times and earlier. These are likely women’s shoes and are marked European size 42 on the leather soles along with the numbers “2222”.