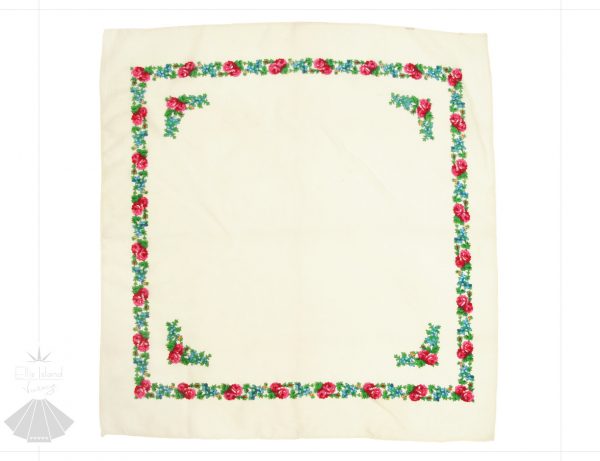 Origin: Slovakia
Era: Mid-20th century (post 1950)
Condition: good; several tiny holes; suitable for both wear and display
Measurements: 28.5″ x 31″
Additional Notes: This style of head scarf was worn throughout Eastern Europe in the 20th century and can still be seen in use in Slovakia, Ukraine, Romania, Hungary, the Czech Republic, Bulgaria, and neighboring countries. Such printed woof kerchiefs were manufactured in central Europe and Asia and imported to serve the local peasant populations that developed a strong affinity for the floral patterns. This particular example was found in western Slovakia.